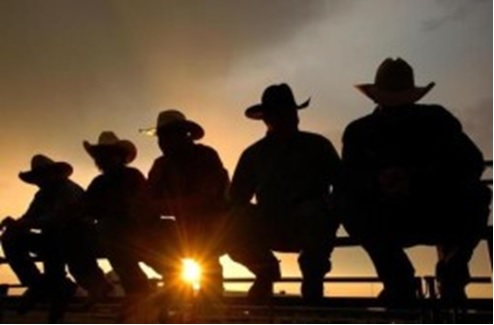 The American Presidential election is drawing near (“si sta avvicinando”) and the News is full of the rhetoric going backwards and forwards between the candidates. Did you watch the final debate on TV last week? If so, what did you think?

According to ABC’s 2016 Tracking Poll, Hillary Clinton is currently ahead of Donald Trump by 12%, which is her biggest lead so far. She has an expected 50% of the votes (her highest) and Trump is expected to get 38%, (his lowest).

What about the remaining 12%? Are there some Americans who have not decided who to vote for yet? Are these voters sitting on the fence?

When people are undecided about something, we use this idiom to suggest they could choose to be on one side of the fence or another, but for the moment they are in between, sitting on the fence! It seems that most of this group of voters live in some specific states this year: Pennsylvania, Florida, North Carolina, Ohio, Iowa, Arizona, Alaska, Georgia and Utah. Americans call these “swing states”, because the final result of the race for America’s presidency could swing (“oscillare”) in favour of either Hillary or Donald depending on how the undecided people sitting on the fence vote! Watch out for this vocabulary in newspapers and on TV.

Here are some other examples:

Enjoy the run-up to the American election!