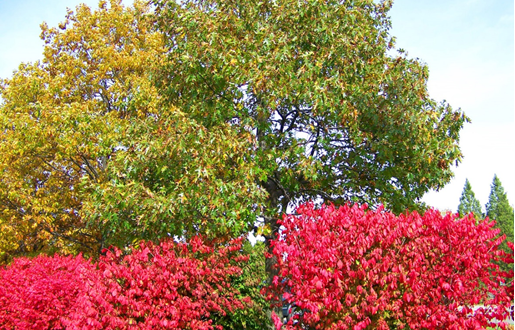 When I searched for an image for this week’s idiom, photos of George W. Bush came up! As you can imagine the ex-President of the US has nothing to do with this phrase: bush here means “cespuglio” and we see such beautifully coloured bushes in spring and autumn.

In fact the origins of this idiom are connected to hunting so it’s not a good one for a vegetarian like me to refer to, however it is one that we often use in everyday English. In medieval times if hunters could not go directly after the game (“selvaggina”), they would often use sticks to beat (“battere”) about or around (“intorno”) bushes to force the animals to come out. Nowadays we use it when someone doesn’t say what they want to in a direct or precise way and instead speaks around a problem without coming to the point of the situation.

Here are some examples you may be able to use:

Can you think of any times when you or anyone else has beaten around the bush?

Have a good week,