Did you know that instead of saying “Hi” or “Hello” British people often say, “Alright?” Although we write it like this, it isn’t really a question and the usual response i 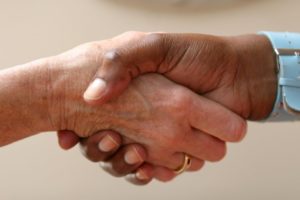 s “Alright.” It comes from “all right”, a bit like the Italian “Tutto a posto?” Over time we shortened it and you will also hear, “Y’alright” for “Are you alright?”