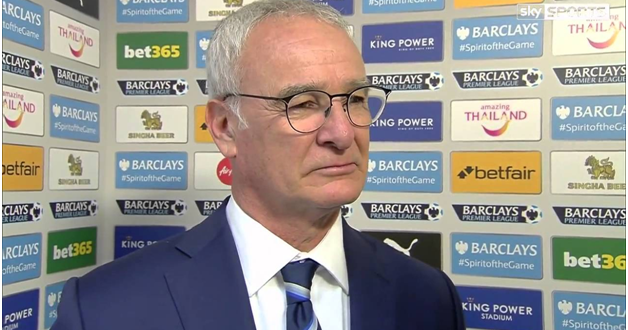 What’s the connection between Elvis and Leicester City Football Club?

Read on to find out!

Football fans all over the world were united in celebrating with Italian manager Claudio Ranieriand his English football team Leicester City last week when, against all odds (“controogniprevisione”), they won the Barclays Premier League (Serie A in England) for the first time ever. Leicester City FC was formed in 1884, so they have waited 132 years for this glory!

Nine months ago, bookmakers (or “bookies”, asthey are often called – “allibratori”) were offering odds of 5000-1 (“five thousand to one”) on Leicester winning the League. They were also offering 5000-1 on Elvis Presley being found alive!!

Compliments and congratulations have been pouring in for Ranieri. Journalists say he is a great manager who continuously communicates with his players during a match and knows how to motivate them. Just before one of their recent matches he exclaimed, “It’s time to make dreams come true!” … and Leicester won the match 4-0 (“four nil”)!

Perhaps his most famous motivating phrase however was when he said to his team “If you keep a clean sheet, I’ll buy pizza for everybody!” “Sheet” here refers to a piece of paper and the idiom comes from sports journalists who would write the score of a football match on a separate sheet of paper for each team. A long time ago, the sports writer would use a slate (“un’ardesia”) to write on, so sometimes people say “To keep a clean slate.” If team A successfully stopped team B from scoring a goal, the journalist did not write anything on team B’s sheet, so Ranieri was encouraging his team not to allow their opponents (“avversari”) to score – by tempting them with pizza!

To have /give someone a clean sheet/slate is used also to describe a situation where people forget your past behaviour, usually because it was not good, and give you a second chance.

Have you or has anyone you know ever been given a clean sheet?