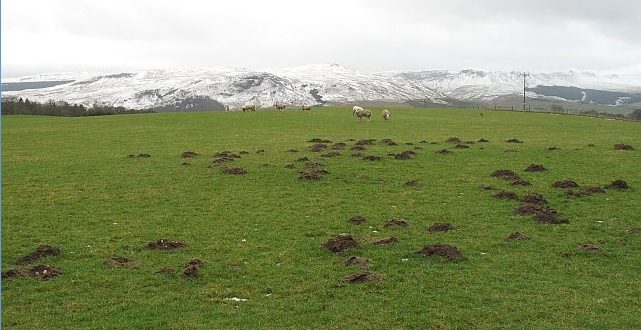 Are you going on a skiing trip soon? It’s the season, isn’t it? I imagine that quite a few of you will go in February and March. The mountains covered in snow are always such a spectacular sight!

Stunning views of incredible mountain ranges were also on TV in “What’s on the Box?” last Tuesday evening at The English Tree. The programme shows how nature is incredible at adapting itself for survival, even in the most extreme places on earth.

From all this you can see why the mountain part of this idiom came to mind, but what are “moles” and the hills they make? The word “mole” has different meanings – one of the most common is “un neo”, but it is also a small animal that lives underground or “talpa.” Moles dig long tunnels and chambers to live in and dispose of the earth by depositing it on the surface. We call these mounds of earth (“cumuli di terra”) molehills. You can see both mountains and molehills in the photo above!

Since molehills are relatively small compared to mountains, if we make a mountain out of a molehill we make a small difficulty seem like a serious problem. It usually means that the person is exaggerating when the situation is not so bad!

Can you think of an occasion when you or someone you know has made a mountain out of a molehill?