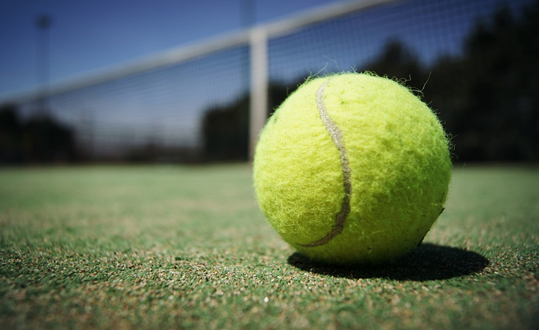 Sport is always in the News a lot and recently there were two important championships: the European Football Championship and the Wimbledon Tennis Championship! We’ve already had a football-related idiom, so this week’s relates to tennis. ..

If you watched Wimbledon you will have noticed that most of the matches on TV are on either the Centre Court or Court Number One, where most of the top players play. A court is the area with a net across the middle where tennis matches are played. The players hit the ball over the net to their opponent’s side of the court, then it is their turn to hit it back over the net. You can only hit a ball that is in your side of the court, and this is where the idiom comes from. When the ball is in your court it means you need to take the next decision or action.

The European Community is saying to Britain: “The ball is in your court now…After Brexit you must activate Article 50, the Article in the European Treaty which sets out how a country can withdraw from the Community.” Britain must take the next step.

Virginia Raggi was recently elected Mayor of Rome and she promised to make Rome a cleaner city. The ball is in her court to act to do the things she promised, so this week she visited Tor Bella Monaca where the rubbish problem is very bad.

Here at The English Tree we are planning for next year – the ball is in your court if you would like to give us any feedback about courses and activities from this year, have suggestions for 2016-17. Please feel free to write to us with your comments at info@theenglishtree.it

We look forward to hearing from you!