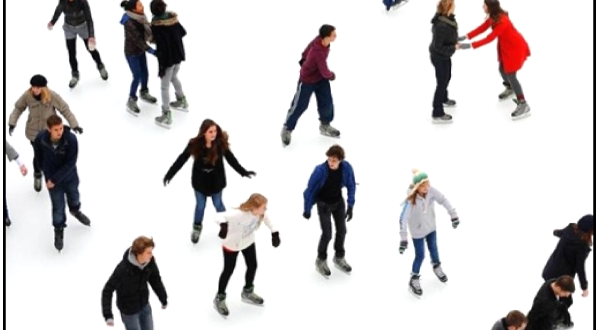 You know how some buses carry publicity about events in Rome? Well, last week I was following a bus which had an advertisement on the side for 4 ice rinks (“piste di pattinaggio”) in Rome: Auditorium Parco dellaMusica; Axel; Grinzing Village; Ice Park Aurelio and Ice Park EuroRoma2. I remember taking my children to the ice-skating rinks in winter and spending most of the time on my bottom which they found hilarious. Luckily no bones were ever broken! I don’t imagine I’ll be going this Christmas, however thinking about ice-skating helped me choose an idiom for this week.

If we say we are putting something on iceor it is on ice we mean that we are delaying (“ritardando”) doing something until a later time. At Christmas we are all so busy preparing for this special time and we realise we can’t do everything so we put things on ice until the New Year.

Can you relate to these examples?

Is there anything that you are putting on ice until the start of 2017?

Have a good week from The English Tree Team!