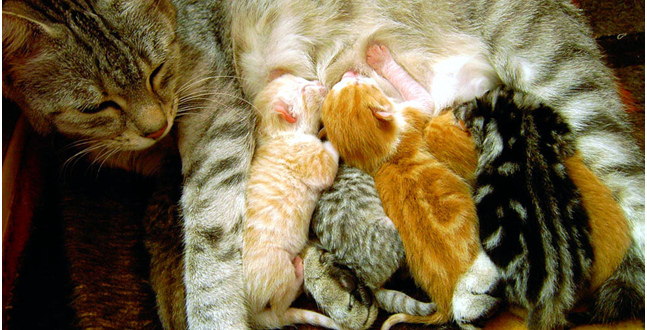 A kitten in English is specifically a baby cat and you can see that the sleepy mother cat in the photo above has five kittens – cute, aren’t they? The origin of to have kittens however does not come from anything cute (“carino / amabile”), but from an era when people were very superstitious, believing in witches and the mysterious powers of cats. If a woman had a difficult pregnancy or painful childbirth, she was sometimes told by these “witches” that she was not carrying a child but kittens!!! You can imagine how terrified and afraid she was!

So today we use to have kittens to say how worried, angry, or anxious we are about a situation. Below are some true examples, and you’ll see that we often add in the word “nearly” to show that it obviously didn’t happen in reality!